Throughout the years Solar Innovations has collected a decently large database of projects they’ve completed. This data has always been collected and stored in an Excel spreadsheet and goes back 20 years.

Earlier this year I developed a theme gem for Jekyll. I setup a Jekyll site using that theme and integrated Vue.js with it.

I took the data and exported it as a CSV document. From there I converted it into an array of JSON objects and cleaned up many inconsistencies; variations in units of measure, locations, removed duplicated entries, converted some strings to arrays, etc…

So I had an empty site and data to work with but needed a layout, interface, and user experience to establish. I took out a tablet of grid paper and a stack of large sticky notes. I worked out basic wireframe ideas and took mental notes on how the UX should feel. 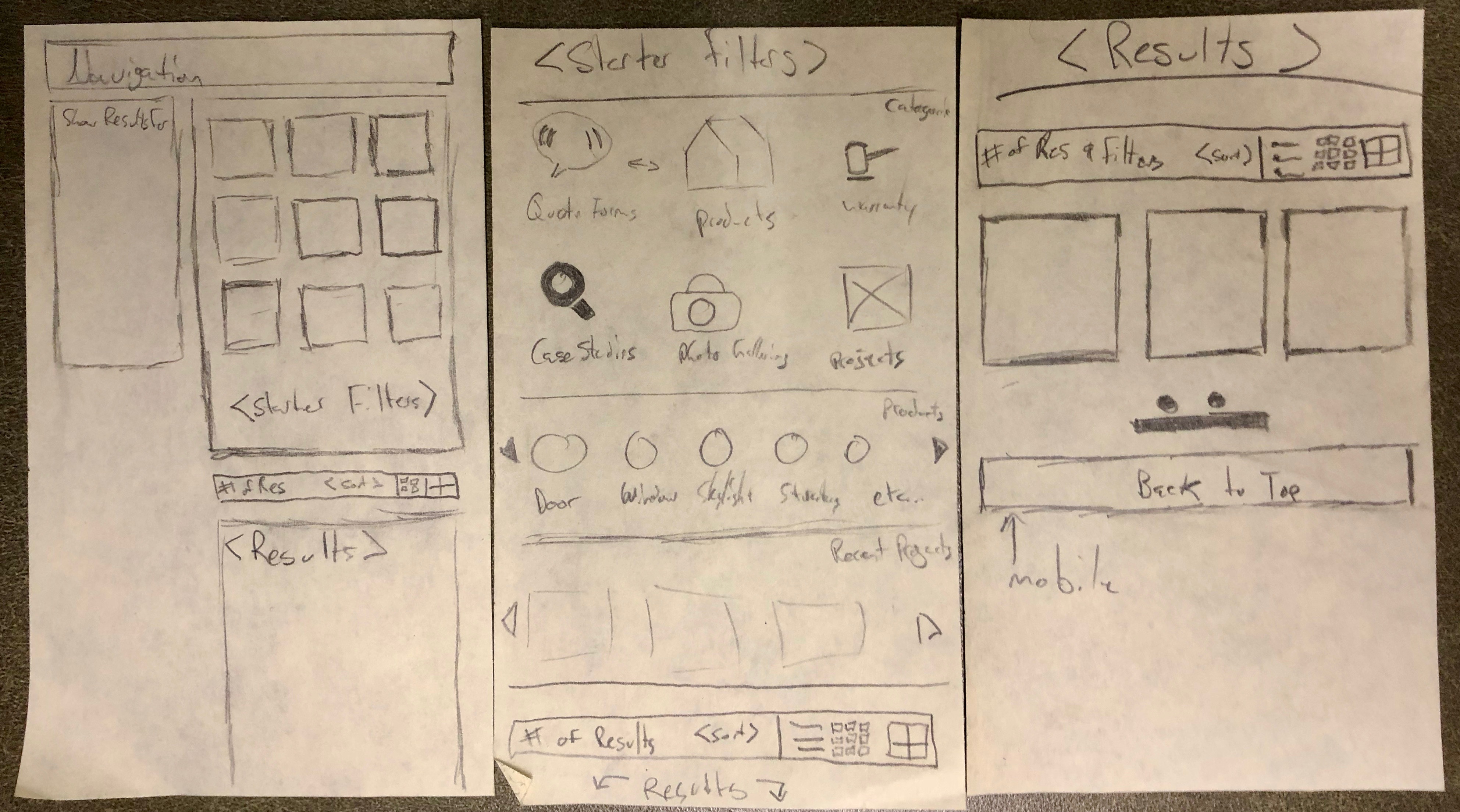 Following that, I took to code. I mocked up a how the interface would look statically and ran it by a few managers and administrators. From there I started to add reactivity to the features with Vue.js.

I quickly ran into an issue with the images, only about half of them were where they were suppose to be. I tracked down the problem images and continued to develop the application.

As of writing this, the first major milestone of this build was accomplished: an application that’ll query, sort, and filter completed projects.

To come is a lightbox feature for the images, image gallery objects that can also be categorized and searched, a listing of all pertinate technical documentation such as product data sheets, spec sheets, brochures, etc…